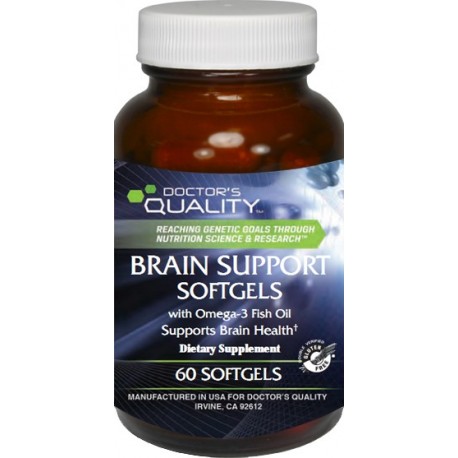 A healthy brain is maintained in part by a healthy diet. Mental stimulation, exercise and injury prevention also weigh in. All of these elements support healthy circulation to the brain in order for it to function well. Certain nutrients that may be lacking in the typical American diet influence blood flow to the brain and beyond. Research shows the important role some nutrients play in improving memory and cognition.

It is well established that DHA is taken up by brain cells, especially important for prenatal and postnatal brain development. One study showed that intake of DHA and phosphatidylcholine improved maze-learning ability and brain function in both old and young mice1. Another showed that DHA acts as a precursor to “neuroprotective signaling responses to ischemia-repurfusion, suggesting therapeutic use for stroke, neurotrauma, spinal cord injury, and neurodegenerative diseases2.”

Multiple clinical trials have been done using the trademarked SerinAid™ complex. Results from these show improvements in cognitive measures such as memory, mood, and behavior in both elderly and/or Alzheimer’s patients. In a majority of the trials, patients were given a placebo or 300mg of SerinAid™ daily for a range of 60-180 days3.

B-vitamins play multiple roles in brain health. Deficiencies of these result in neurological pathologies, in part due to subsequent elevation of homocysteine levels4. Elevated homocysteine levels in the brain are neurotoxic and have negative vascular effects5. A number of studies show relationships between these B-vitamins and the prevention of or treatment of dementia, including Alzheimer’s disease (AD). A recent study showed folate deficiency alone may “precede AD and vascular dementia onset,6” with another supporting that folate and B12 are clearly associated with the development of AD7.

The Journal of the American Medical Association published results of a 52-week study utilizing ginkgo showing improvements in mental performance in about 1/3 of AD patients studied8. Another showed that supplementation with 80 mg of ginkgo three times daily for three months showed improvements in memory, attention, and psychomotor performance in AD patients compared to placebo after one month9.